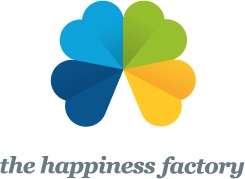 How making a 10,000$ investment, and not showing up, was the best investment ever

If you follow our social media channels (Instagram, Facebook, Twitter), you probably have seen the above picture before.
It was posted on the day we stepped out of a coaching event that we were attending (yes, coaches need be coached too ;-) ).
Due to privacy reasons, I will not share more information about the event itself, but I can assure you that it was a high paying event, that we were really looking forward to it... and that we decided to walk away.
Keep on reading and discover why we did so, what we have learned from doing so, and how we gained much more out of not being present than we could ever have gained by staying put.

It was a 3-day event. Day 1 was a good day. Perhaps it all started a little gentle to our tasting, but at the end of the day I had some nice, interesting thoughts for me to work through.
This event was extra special because Karolien and I had decided to participate together. We've already worked together for quite a while now, but showing up together in a personal growth programme was a different way of opening up to each other.
In the evening, after day 1, we continued to ponder through our experiences and thoughts. Two 'philosophers' can talk a lot at that ;-), so we kept on going for hours. This additional reflection between the both of us, is actually what led to our deepest thoughts.
So much came up, that on the next day I didn't feel ready for a new injection of thoughts and experiences. I still had to process the ones from the night before first, and I believed it to be a good idea to give Karolien some space and have a part of the experience by herself.
So, I decided to skip day 2. This was way out of my comfort zone, because I've always played by the rules -I'm probably the only guy in the entire city of London who waits for the green light to actually turn on before crossing the street ;-). As such, making this big of an investment for attending the event and then not showing up was probably the edgiest thing I've ever done!
The facilitator himself thought it was rather a choice for comfort and invited me to rejoin the group around lunchtime.
Having been challenged on that, I decided to come back. But because of the extreme experience of not showing up, rejoining suddenly felt empty. That combined with the fact that that afternoon's exercise was not what could serve me in that moment, made that I was not engaged and felt slightly frustrated. This was clearly noticed and I was challenged to leave the room again and come back when I could be fully engaged. And so I did. I walked away with a pounding heart.

Outside, I sat on a bench to process what had just happened, what I could learn from it, and how it could make me a stronger and better person. While sitting there, I noticed how elderly and homeless people were completely ignored in the city where the event was held and in which horrible conditions they have to survive. This made my heart bleed. I stepped in to help a little old lady struggling to get a taxi, and even by doing such a small thing I clearly stepped out of the crowd that was completely ignorant. Afterwards, I saw a man lying in the middle of the sidewalk of a bustling crossroads. By the way he was laying there, the guy could have been dead. Nobody looked at him. 2 ambulances and several police men passed by. They didn't even stop. The only reaction people had, was frustration because they had to step over him.
In that instance I couldn't do much either, both because of my mental state and because this is clearly a (mindset?) problem that should be dealt with structurally.
Slowly the idea came to me, that by missing 1 out of 3 days of the event, I had actually paid the facilitator 1/3 too much for the work that he had to do with me. If that money instead would be given to a charity or organisation focussing on these vulnerable people, this could make a real difference!

That was my plan for day 3 of the event!
During the check in, I shared my story of the previous afternoon and I asked the facilitator if he please could make the donation of 1/3 of the fee that I had paid, but that he didn't actually have to work for (because I was not there).
He refused to do so (because it had been my own choice to not show up on day 2, he said).
I felt that here I had to choose for myself: leave everything as it was, or stand up for my values and beliefs -and once again not play by the rules! And so I did. I walked out again. This time, together with Karolien. Although she didn't know about my plan, she fully supported my way of looking at this. How relevant is it to talk about enrolling high paying customers (we would be focussing on how to get 100,000 dollar clients), without talking about the dramatic impact that is needed to get such clients? How relevant is it to talk about high paying coaching, instead of about high value coaching? How relevant is it to pay thousands of dollars for an event, while outside in the streets of a first world country vulnerable people are dying from starvation, completely ignored?
Now let me be clear on this, I don't have an issue with earning big money or high paying programmes. It's much more about the awareness of the value that you need to bring to earn these amounts of money -and I really mean EARN IT-, and the responsibility that rests upon your shoulders once you have that money.

So, we walked out and felt an enormous relief afterwards. We had just liberated ourselves of a whole lot of 'shoulds' and 'musts'. We had kicked some ass, and because we had just stepped away from a big monetary investment, purely based on what we believe in, we felt (and feel) more ready than ever to show the world what needs to be done with all of our upcoming projects!

This was a fascinating experience that brought us a lot of relief, liberation, personal strength, and freedom to do what needs to be done!
Feeling what it's like to stand up and break the rules for the good. Gaining a greater feeling of self-worth and self-confidence in our own coaching, facilitation, and teaching skills. And most of all, to truly savour the way we look at the world and become strengthened in our beliefs.

It also brought something spectacular for us as a couple. As we stepped out together, for the first time in a very long time, I again saw in Karolien the strong woman that I had once fallen in love with. She gave me the "Bonnie & Clyde" feeling that I had been searching for for sooooo long!
Now I can truly love her, because of who she is.
And because stepping out together felt like cutting all the strings that were holding us back, we're ready more than ever to show the world what we can do! :-)

I've always been a strong advocate of living your life driven by your values. It's something that I've challenged many of my clients on, and I've lived according to it quite stringently for myself as well. But now I can assure you that when you do it full out, up to the smallest details of your life, and that you don't let anybody or anything stop you from doing so (not even money!), the reward is much bigger than you could ever imagine!

Do you want to discover how you can live your values full out?
Contact us immediately for a conversation and we will be more than happy to assist you in creating the same level of experience as the one that we had!
Just click the button below, choose where you want to have the conversation (online, London or Belgium), and check the availabilities. Speak to you soon!